Mountains and lakes, movers and shakers

Vermont’s northwest corner brings together businesses, residents, and tourists in a confluence of opportunity and high quality of life.

Bordering Lake Champlain, New York, and Canada, the northwest corner of Vermont is also its most populous and diverse area. Vermont’s larger towns and cities—Essex, Essex Junction, South Burlington, Colchester, Winooski, and Williston—surround the state’s largest city, Burlington. Towns further to the north include Milton, St. Albans, and Enosburg; to the west are Cambridge, Johnson, and Morristown. To the south are Shelburne, Charlotte (pronounced “shar-LOT”), and Hinesburg.

Manufacturers of all kinds can be found in every town in the region, from Revision and Blodgett in Essex to Husky and Advanced Machine & Tool in Milton to Liquid Measurement Systems in Georgia and Superior Technical Ceramics in St. Albans. Food manufacturers like Butternut Mountain Farm (Morrisville), Food Science Corporation (Williston), Rhino Foods (Burlington), Ben & Jerry’s (St. Albans), and Franklin Foods (Enosburg) can be found throughout the region. And that’s not including the many breweries, distilleries, cideries in that area, like Citizen Cider, Zero Gravity, Black Flannel, Lost Nation Brewing, 14th Star Brewing and more.

Most of Vermont’s largest school systems can be found in this region, though small class sizes and high teacher to student ratios are the norm. Higher education institutions offer extensive opportunities for postsecondary

education, research, and professional development to students, residents, and employers.

Anchored by the University of Vermont and its Larner College of Medicine, you’ll also find Champlain College,  St. Michael’s College, and Vermont Tech in the Burlington area. Community College of Vermont has multiple locations throughout the northwest while Northern Vermont University at Johnson is a cultural and educational magnet in the Lamoille Valley region.

Many large scale cultural, sports, and business events occur in the greater Burlington area with a variety of venues and lodging available. Hardly a weekend goes by without an outdoor experience to be had at Burlington Waterfront Park. The University of Vermont and Champlain College are both popular meeting and event sites. The Lake Champlain Chamber is the go-to resource for information on area amenities. The Champlain Valley Exposition in Essex Junction hosts the annual Champlain Valley Fair—a Vermont summer tradition—as well as dozens of expos, festivals, concerts, and trade shows year round. Collins Perley Sports & Fitness Center in St. Albans is an indoor/outdoor sports and convention facility that draws from far beyond the region.

The recreation opportunities in this region of Vermont are plentiful. Major ski destinations like Jay Peak and Smugglers Notch are nearby and there are hockey rinks throughout the region. With the majority of Lake Champlain’s 107–mile length as a border, boating, fishing, and water sports are everywhere, as are many Vermont state parks. Kill Kare State Park in St. Albans—with its own 250+ acre Burton Island—and Grand Isle State Park in particular are outstanding places for camping, biking, nature watching, and family vacations close to home. Access to trails on both Camel’s Hump and Mount Mansfield—Vermont’s largest peaks—are close by. The Lamoille Valley Rail Trail—New England’s longest—connects northern Vermont’s most beautiful landscapes. 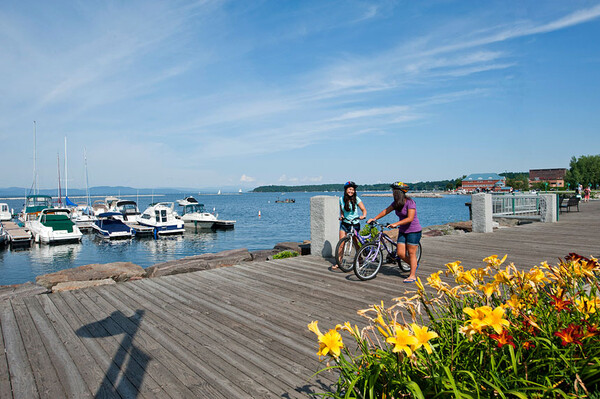 Thinking about relocating to Northwestern Vermont?

Connect with a Think Vermont Relocation Representative who can answer your questions and help you find the information you need to make your move:

Connect with a Vermonter 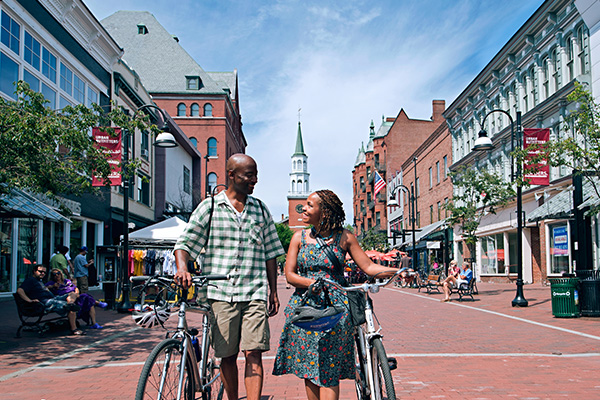 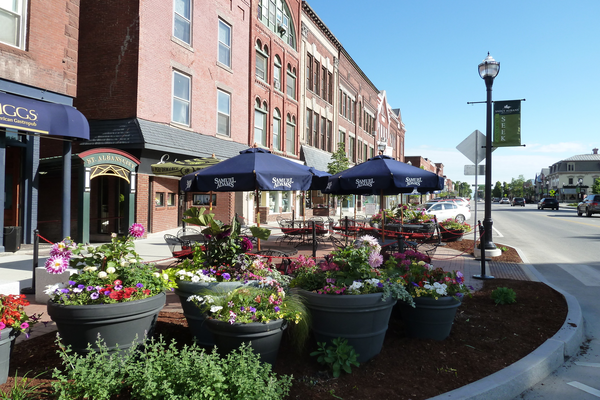 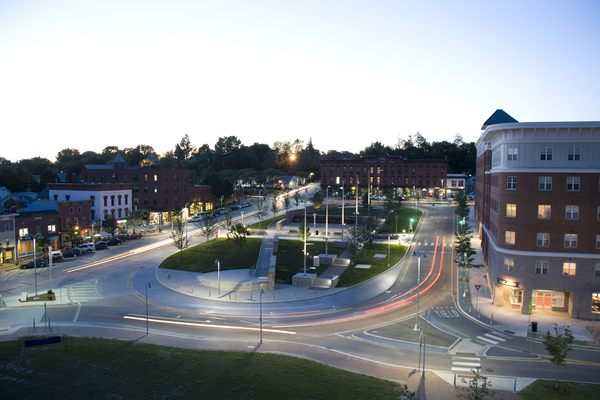 Northwestern Vermont by the Numbers

The diverse and welcoming communities of the Lake Champlain and Lamoille valleys are calling.

Spend more time moving and less time sitting at traffic lights — some towns don’t even have any. 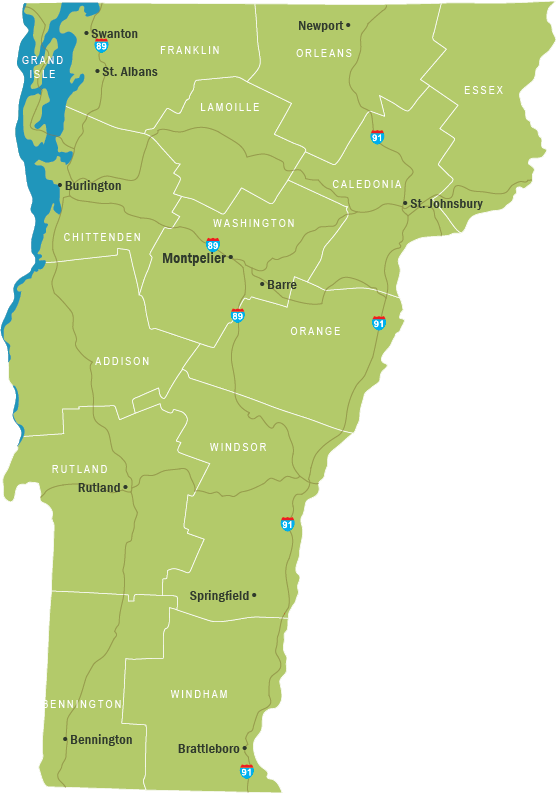