I Am a Vermont Artist: Shani Stoddard 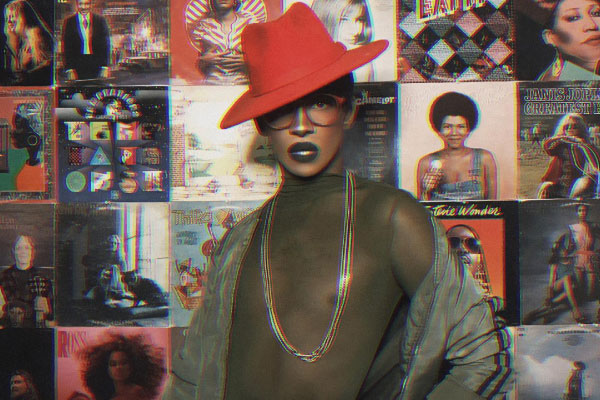 By day Shani Stoddard is like many Vermonters: boots and caps, hikes with dogs, a house in the woods of Stannard. By night he is… “Shani.” In stilettos and braids, dancing himself sweaty for tips and the joy of the stage, the joy of drag.

The art of drag is the performance of gender, or better yet, the freedom to perform gender as you please, to its fullest and wildest extent. In Vermont’s drag scene, Shani is among the cream of the crop. Raised in Lyndonville, he left for New York City to study musical theater and drama before returning to strut the stages of Burlington and beyond. In 2017, Shani won Outright Vermont’s “Drag Idol” competition, firmly establishing himself in a new generation of Vermont drag performers who bend gender even more than what fans of “traditional” drag may be used to seeing.

Shani shared his thoughts about being a Vermont artist.

I moved back to Vermont after studying musical theater in New York City. This change of pace gave me the time and creative energy that I needed in order to reevaluate my passion and re imagine myself as a different type of performance artist. I took my favorite parts of musical theater (storytelling, costuming, & music) and I turned them into something else entirely. Vermont is my home and the work that I’m able to create here, surrounded by love, is unparalleled.

As a musical theater performer, it was my job to tell other people’s stories. Over time, I realized that the art I wanted to create would only be possible without such boundaries. As a drag performer, there are an infinite number of ways for me to tell a story, and I feel energized by the fact that my art has no real limits. I’ve learned that creative limits only exist within myself, making them easier for me to process and overcome.

I want to continue using this platform to build creative relationships with other artists and performers in my community. Vermont has given me so much, and I want to return the favor by bringing queer, black art into new spaces — confidently and unapologetically.

Listen to Shani discuss Vermont drag on Vermont Edition in 2019

This story by the Vermont Arts Council originally appeared at https://www.vermontartscouncil.org/blog/i-am-a-vermont-artist-shani-stoddard/.