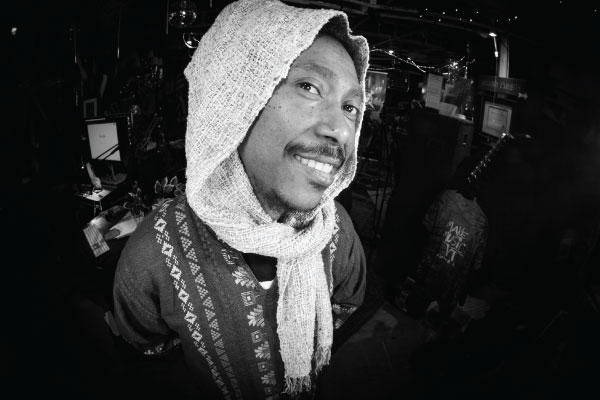 Mikahely is a self-taught musician who draws inspiration from traditional Malagasy rhythms and is based in Vermont who recently appeared on the podcast Rocket Shop Radio Hour, which features Vermont music and artists. He is also featured in Forevergreen: A Vermont Adventure in Music (episode 4).

On Wednesday, November 18th, Mikahely joined Genevieve Rossi on the Rocket Shop radio hour to play some beautifully written music with Malagasy roots. Originally from Madagascar, Mikahely grew up in Tomatov where he says was surrounded by music and his love for songwriting began. As he got older, he moved to the capital, Antananarivo, where he worked in a studio while writing music. He shared that the experience helped him a lot “to learn a lot of things and meet a lot of musicians.”  His travels took him to the United States where he lived in Maine for a year before making his way to the Green Mountain State, where he’s been ever since. “I love it here,” he said. “I love Burlington, Vermont, and I give love to Burlington, Vermont.”

Mikahely is skilled in multiple instruments including guitar and valiha, an eighteen-string Malagasy bamboo instrument on which he played his first song of the night. He writes all of his own music and takes his inspiration from his Malagasy roots. The artist shared that he had not originally thought of pursuing music in the United States, but explained, “I grew up being a musician and I want to show people what I’ve been doing.” Vermonters have been very supportive of his work, and he said he thinks people here are loving his music. He also shared how inspired he’s been by Vermont, saying there is “much more vision” here than in many other places he’s been.

In the two years Mikahely has been in Vermont he has covered a lot of ground, playing shows throughout most of the state. Although COVID-19 slowed things down, he hasn’t stopped delivering his music to his fans across Vermont. He has performed at a few socially-distanced shows through these unique times, and his uplifting music continues to bring light to the community.

Mikahely’s second song was a Malagasy folk song that he grew up hearing, but with a slight twist: “I play it in my way,” he described, before delivering a beautiful rendition of this generational song. Here in the studio, you could feel the warmth in every line. He explained that it’s been a while since he’s played live, but that “the music is always in my heart and my brain and my soul.”

Currently, Mikahely is working on his first album. Though it is difficult to record an album while COVID-19 is still threatening the music scene, he is very excited about the process and hopeful that it will go well. He has recently released a single titled “Samby Tsara,” which translates to good luck in English. His music can be found on all streaming platforms including Spotify, Apple Music, and Youtube. To find out more, you can check out his Facebook and his Instagram.