Firmly Northeastern: Bad to Be Good 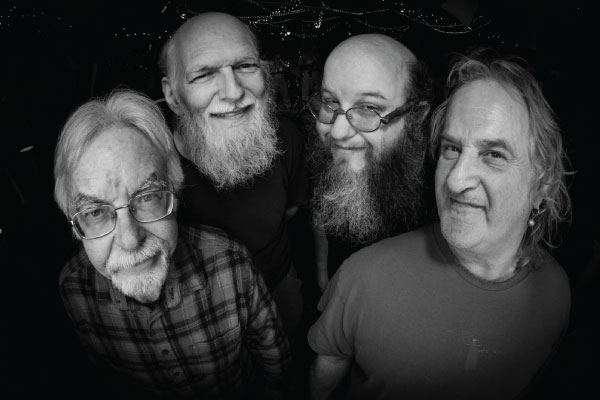 Bad to Be Good is a four-man combo based in Vermont who recently appeared on the podcast Rocket Shop Radio Hour, which features Vermont music and artists.

For more than five years, Bad to Be Good has been playing their combination of Eastern Country and Northern Blues, a uniquely Vermont sound. That is exactly what they did on February 19th on Rocket Shop, filling the room with lively melodies.

Bad to Be Good’s high energy tunes find their roots in the Green Mountains, as seen in their first song “Vermont”. Marvin Bentley’s soulful lyrics sing praise of the Green Mountain state while his son, Marvin Bentley II, lays down a foundation on bass.  Ned Phoenix’s dynamic keyboard playing adds vigor to the upbeat jig, with drummer Pat Kelly holding the beat steady. “Vermont” is a powerful opener, with lyrics such as “Vermont you’re still home to me” cementing the band’s strong ties to Vermont after all of their travels.

When asked about the band’s influences Marvin says that he always wanted to write something different from everybody else. He says the music is neither western nor southern, it is firmly northeastern. Bad to Be Good’s inspiration to keep playing is the drive to make this unique sound heard.

They are certainly heard in their second song, “Sittin’ in the Kitchen.” Highlighted by a fiddle solo by multi-instrumentalist Ned Phoenix, this song is even more energetic than their first, and any listener will not be “sittin’” while this song is on.

Due to “difficulties”, the band’s usual fourth member and saxophone player, Dennis Waring, was unable to be on the show, so he was filled in for by Ned Phoenix.

Bad to be Good originated from Dennis pushing Marvin to turn the songs he had written into a band. One of those songs is the namesake of Bad to be Good. The song tells of a girl who is only happy when a “suitor” does something they are not supposed to. The members of Bad to be Good strive to be like that. The band did not play their namesake song, but they did play two more songs, “Don’t do Nothin’” and “Get Up and Dance.” These songs reveal Bad to be Good’s range. The former is a hard-hitting, emotional song that still manages to treat the listener with the energy one quickly comes to expect from the Vermont based band. The latter holds true to its title, an easy-going and playful melody making it difficult to resist the urge to… Get Up and Dance.