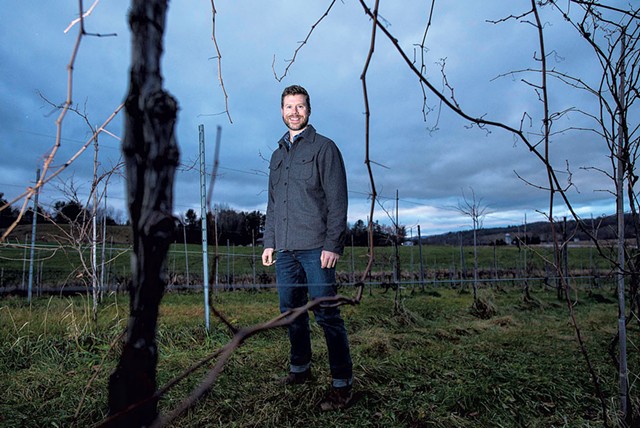 Only 269 individuals in the world have earned the globally established title of master sommelier. One hundred seventy-two of them are American, and only one is a Vermont native: David Keck.

In January of this year, Keck came to Hotel Vermont in Burlington to teach the Court of Master Sommeliers introductory course. The grand-sounding two-day class — the lowest rung on the wine world’s education ladder — was being offered in the state for the first time. Students who pass the intro exam are eligible to sit for the certified and advanced sommelier examinations in preparation for the master’s level.

But being a wine professional wasn’t Keck’s first pursuit. A natural performer, he grew up in West Newbury and left to train as an opera singer at Columbia University and the Juilliard School; he earned a master’s in operatic performance from Rice University.

Keck left music behind in 2010, when he sat for the sommeliers’ intro course and, he said, “was immediately hooked.” He quickly made a name for himself in Houston, achieving the master sommelier title in 2016.

As 2020 began, Keck was a partner at Goodnight Hospitality, a restaurant group he’d cofounded in Houston. The group had opened two new restaurants and a wine-and-cheese shop in the previous year. Keck also had helped to create the Houston Sommelier Association and had just won the StarChefs Houston Rising Stars Award for Restaurateur.

Keck was dapper in a tailored suit as he encouraged students — including teams from Hotel Vermont and Dedalus, as well as this reporter — to call out tricky pronunciations of French, German and Italian wine terms. The 33 students in the course enjoyed a 100 percent pass rate on the exam.

Keck then returned to Houston — but not for long. By March, as COVID-19 was hitting the American restaurant landscape, he and partner Lauren Droege had realized how much they missed the Northeast. They’d long talked about putting some vines in the ground back in Vermont. So they packed up the car and headed north.

Though Keck had no prospects in Vermont initially, he quickly found his footing. He touched base with winemaking friends, including Ethan Joseph of Iapetus wines at Shelburne Vineyard and Deirdre Heekin and Caleb Barber of La Garagista Farm + Winery in Bethel. He leased eight acres of frontenac noir, frontenac blanc and marquette, some of the oldest vines in the state, at Boyden Valley Winery in Cambridge. By June, Keck was working in the vineyard, pruning and prepping for his first fall harvest.

But there were several catches.

“These weren’t standard Vitis vinifera vines in a standard growing region like California,” Keck said. Rather, they were hybrid vines that should have been pruned two months before he arrived in order to produce usable fruit. They’d been left to languish due to COVID-19 — there weren’t enough personnel around to do the work. Keck immediately was in a race against time, and he almost didn’t make it.

“I was buying a tractor, I was buying a sprayer … all of the elements that are necessary for managing a vineyard,” Keck recalled. “I didn’t have any of it.” Bringing together the equipment and people he needed “aren’t easy things to do in the middle of a pandemic,” he observed.

In addition, Keck knew he wanted to convert the vines to organic farming, but he wasn’t sure how.

“We made that decision before even starting — it’s 100 percent part of the Vermont ethos and, despite having its own challenges, it’s the way the world is going,” Keck said.

Heekin proved to be an invaluable help. Nearly every day, Keck said, “I would text Deirdre a picture of a vine and ask, “Should it really look like this?”

“I was on a side of the business I’d never really been in experientially, and I was wildly out of my depth.”DAVID KECK

While spending the summer learning to be a winemaker, Keck was teaching about the process online — the Court of Master Sommeliers suspended all in-person teaching in March. In June, students could enroll in Class 1: Fundamentals of Grape Growing, which Keck taught virtually, while literally standing in his vineyard, with fellow master sommelier Chris Miller of Seabold Cellars in Marina, Calif.

“I was on a side of the business I’d never really been in experientially, and I was wildly out of my depth,” Keck said. “Once you’re holding a pair of pruning shears in your hand and staring at a vine, you have a wildly different appreciation for the importance of what’s happening than you do sitting at home, looking at a computer screen showing you images of what it should look like.”

Keck and Droege got up to speed in the vineyard in the summer and early fall, while Keck went to work with Vermont Beer Shepherd to build out the Duxbury-based distribution company’s new wine program. They leased winery space in Vergennes with Shacksbury Cider and developed their concept: Stella XIV Wines, named for the copper coin minted in Vermont with the motto Stella Quarta Decima in the late 1700s. Stella quarta decima fulgeat, or “May the 14th star shine bright,” became the state’s official Latin motto in 2015.

The Cambridge vineyard and the Vergennes winery are an hour apart by car, but it seemed workable. Keck felt moderately ready for harvest. Then came the earliest frost in nearly 30 years. The harvest schedule, originally planned to last about four weeks starting in late September, turned into a mad dash of about 10 days.

Droege, a geologist, jumped in to help, as did Keck’s mother, Carolyn, who lives in West Newbury. Keck’s sisters, Annie, Susan and Jenny, came from New Jersey, Chicago and New Hampshire, respectively; they quarantined and then showed up in the vineyard to work. Teams from Dedalus and Vermont Beer Shepherd came; the latter lent their vehicles, too.

“My entire career has been largely computer work, sitting at a desk Monday through Friday, and it has been a real treat getting outside, working the vineyard this summer and fall, seeing the seasons change and our work progress,” Droege said.

Meantime, as the Stella XIV team labored throughout the summer and fall, the Court of Master Sommeliers was criticized in the media for its failure to adequately respond to charges of racial insensitivity and implicit bias toward its relatively few members of color. Then, on October 29, the New York Times published a story titled “The Wine World’s Most Elite Circle Has a Sexual Harassment Problem.”

The court’s active female membership issued a joint statement a few days later in support of the 21 female members who spoke to the Times. Lepeltier, who taught the intro course in Vermont with Keck, is one of four high-profile female master sommeliers who have resigned from the organization in protest of what many term its dysfunctional culture.

The court is “actively working to react to the challenges facing it right now, with new board of directors elections and numerous changes to our bylaws and infrastructure,” Keck said.

“I think we are all saddened and challenged by this situation, as [the court] is supposed to be an organization built on integrity and respect,” he continued. “I sincerely hope that we can come out of this stronger and more able to continue in the mission of building the hospitality industry — something that will be desperately needed in a post-COVID world.”

When it does, Stella XIV will be ready. Three different wines are now bottled and waiting in Vergennes for release in 2021: Wild Child Rosé, a blend of frontenac and marquette; Uncle Mark’ette Nouveau, a slightly sparkling red in the tradition of Beaujolais nouveau; and an as-yet-unnamed Pét Nat, or natural sparkling wine.

While COVID-19 continues to cast a pall over all things food-and-wine related for the time being, Keck is confident, if modest, about the future.

“I’ve been teaching sommelier courses for years,” he said, “but I’m kind of just realizing right now how a huge part of being a master sommelier is this constant experience of being humbled by how much more there is to learn.” 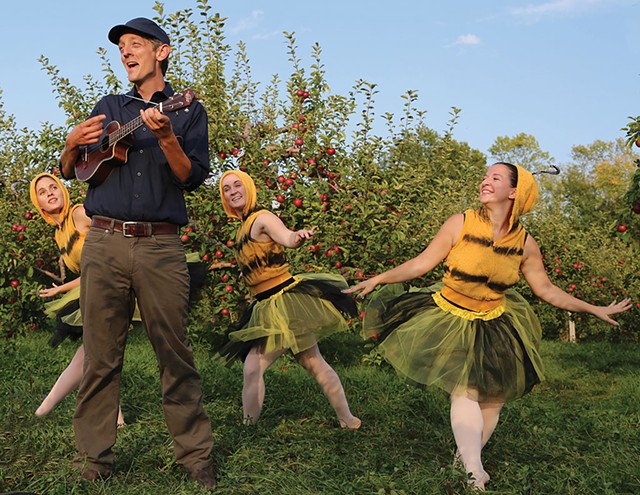 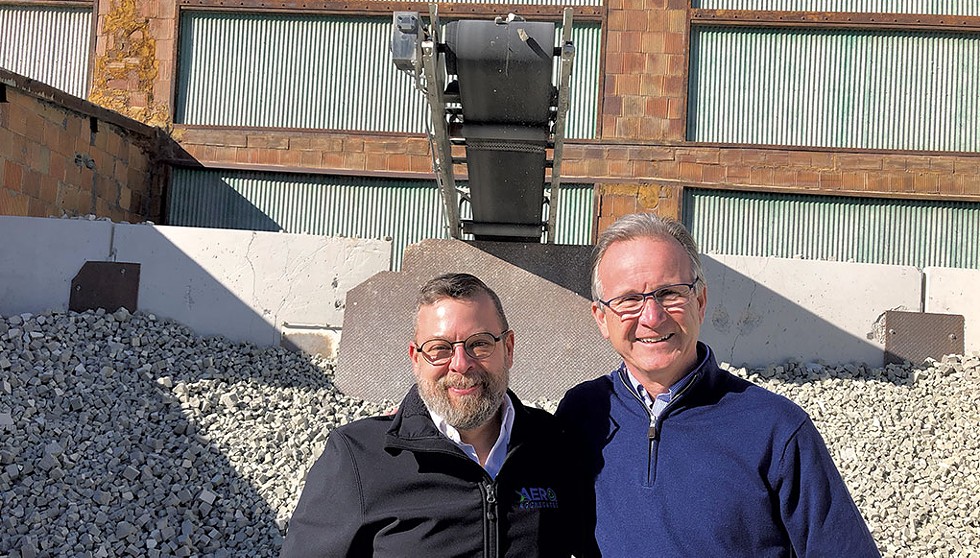 By MOLLY WALSH Burlington entrepreneur Rob Conboy has high hopes for the object in the palm of his... 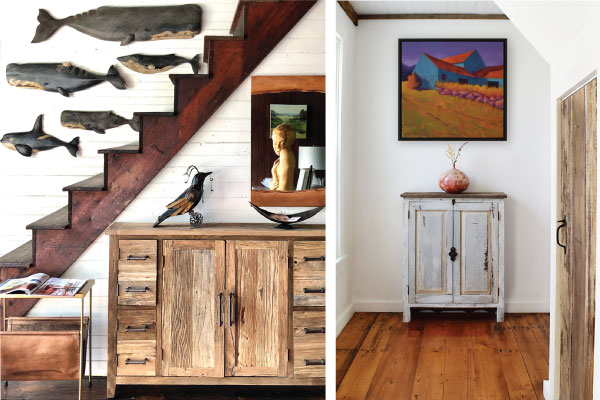 By Amanda Kuhnert  “Covid-19 made us re-evaluate what was important to us and what we really...